When you hear Annette’s story, you may agree resilience – as well as research – has played its part.

Ten years ago, Annette was in Abu Dhabi, preparing to move to Libya with her eight-year-old son. Her husband had gone ahead for work. She had a lot to get done before they could join him. So, Annette did what many women do, and ignored the cramps, the slightly off feeling in her stomach and the fact her clothes were getting tight.

“I even had excruciating pain one night. But, it was only when my stomach started to swell quickly that I went to the hospital,” Annette explains. “I was fit and healthy. I knew in the back of my mind it had to be something shitty.”

After a long day of tests, exams and CT scans, the doctors told Annette she had several big masses in her abdomen, on her ovary and her kidney, and that she had to wait for surgery. Things quickly snowballed from there, and Annette ended up seeking treatment in two other hospitals before she got a diagnosis. Advanced ovarian cancer. “It was gut-wrenching. My overwhelming fear was that I was going to leave my son,” Annette says.

She had surgery and started chemotherapy in the Middle East. Then Annette had to decide whether to continue her treatment in Brisbane or in Libya. She returned home to Brisbane. Soon afterwards, her son was diagnosed with a genetic bone disorder and required surgery. Her husband flew back to see them and told Annette he was leaving her.

“Yes, three strikes,” Annette says, “but I’m not out! From that deep, dark hole, I climbed back out. My treatment was okay, and my gynae oncologist got me involved in a drug research trial. I counted the years one by one, without making plans for the future. It was only when I was really well that my doctor told me I was the only one on the trial to survive. I was devastated for everyone else.”

In Brisbane, Annette had met a cohort of women diagnosed around the same time as her. They told her about Cherish and the research led by Andreas. “When I heard about the Cherish Trek to Everest Base Camp, I just lit up. Here was my opportunity to meaningfully give back. $1,000 for every year I’d survived was so worth it.”

“I have a friend, Alison, who was diagnosed at the same time as me. She’s been doing the hard yards from the beginning. It’s like we’re living in a parallel reality. I’ve had limited family support, she’s been surrounded by loving family. I’ve come through cancer, she’s terminal. I was doing this trek for Alison too.”

“I thought the trekking would be OK, but was more worried about raising $10,000!” Annette says, “Thankfully my son, who is now 18, is very supportive and he helped organise some fundraising events with me. And, I’m just so grateful to be here and confidently in a place where I can give back.”

Why not join the Cherish Challenge Larapinta 2020. Or if you’re not up to this this year, join us from the comfort of your armchair by supporting the team in spirit with a donation. 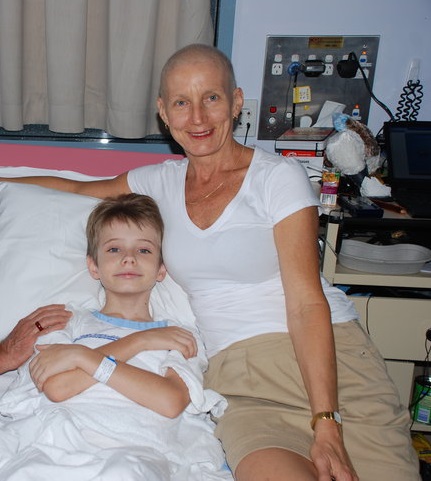